Nova Scotia plans to regulate cellphone contracts so that customers can cancel their agreements at any time for no more than $50.

The NDP government introduced a proposed law today to unlock cellphone plans and do away with hidden fees.

Newfoundland and Labrador, Quebec and Manitoba have similar laws, while Ontario has one in the works.

"I think quite often you have to take the whole package, and I think sometimes there may be things after they signed up they think, 'I probably didn't need that,'" he said.

Cancellation fees would be capped at $50. Customers who cancel early would still have to buy out their equipment.

There would be no more automatic renewal of contracts. Service providers would need a customer's permission to change fees, service options or other key contract terms.

Companies would also have to be clear about the real cost of introductory offers and special deals.

'Broadsided' no more
Cameron McNeil, with Service Nova Scotia, said instituting the law would rebalance the relationship between consumers and cellphone companies.

"What consumers have told us is that they get confused by these introductory offers that are made and are unaware that after a period of time, whether it be three months or six months or whatever, that that introductory rate goes away, and then they're back onto a regular rate and they feel they've been ... broadsided by that," he said.

The province also wants to require service providers to give their customers information about cyberbullying.

EastLink supports the move to more transparent contracts and a $50 cap on cancellation fees. It's launching cellphone service in Nova Scotia later this year.

"I think it really does come down to customers," said Allan Sullivan, a spokesman for EastLink.

"Rather than being locked in to long-term contracts, they have the flexibility of taking a look at the pricing in the market and what one company or one provider...may have from a pricing perspective and to be able to respond and change providers."

These changes would only apply to new contracts signed after the legislation is passed and the regulations go into effect. 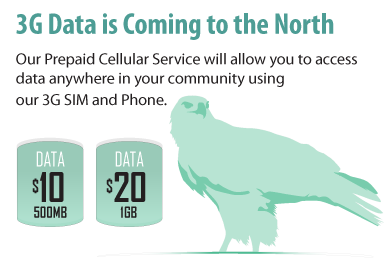